Should all pregnancies be Induced at 39 Weeks? Absolutely not!

You may wonder why we would even ask such a ridiculous question. Recently, the American College of Obstetricians and Gynecologists held their annual meeting for 2016. One of the sessions was a “debate” between two Obstetricians as to whether all pregnant people should be automatically induced at 39 weeks. Drs. Charles Lockwood and Errol Norwitz led the presentation and both spoke strongly about their beliefs that all pregnancies should be artificially induced at 39 weeks.  I want to be clear that this was an opinion session and does not (at this time) represent the official stance of ACOG and no Practice Guidelines were released.  However, the very fact that this topic was presented and discussed is very concerning. All professionals in the field of maternity care in this country better take notice and speak out before this idea gains any sort of traction. 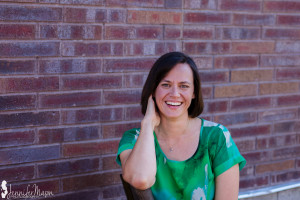 If you would like to hear this debate for yourself, you can watch it here  http://www.acog.org/About-ACOG/ACOG-Departments/Annual-Meeting/Educational-Program/Colloquia/Colloquia-Monday . It is the third clip down. I will advise you to be prepared for a heavy dose of paternalistic overtones mixed with quasi-scientific rhetoric.  Also, thrown in for fun are some infuriating catch phrases that you will have trouble getting out of your mind. The complete lack of discussion or thought about the actual pregnant person and their choices is astounding. As is the flippant way that an increase in cesarean would be seen is mentioned almost as an after thought.  What is not even touched upon is the fact that to do all of these 39 week induction would necessitate the use of powerful medications that come with their own list of potential risks and side effects. Oh, and to ensure that we are working with the most accurate due date (you know so we don’t induce premature babies) we will have to increase the use of ultrasound in early pregnancy. I could go on and on and on….

Pages could be spent analyzing and critiquing this “debate”. I will focus on the part that stood out to me, when watching for the first time, my gut reaction so to speak. Of the many juicy, insulting catch phrases that were spoken, the one that jumped out to me as midwife was this one;

“I think nature is a lousy obstetrician”

It was a statement by one of the debaters about his “midwifery colleagues”, to point out a difference between him and them. That midwives believe in the process and he does not. Let’s break down this statement…it is a subtle, or really not so subtle, insult to midwives and midwifery. While being cloaked in a phrase referring to midwives as colleagues, it only served to separate and demean our profession. To make midwifery seem less than. It smacked of paternalistic sentiments such as ‘we know better’ and to ‘put us in our place’ below them. This serves no-one; not obstetrics, not midwifery and not the families.

Actually, this midwife agrees with you 100%! Nature is a lousy obstetrician. In point of fact, nature is a brilliant designer.

Nature is in no way an obstetrician or even a midwife! Obstetrics has been around for a little over 150 years, midwifery has a longer lineage to trace,  however, nature has been doing this for millennia. Who are we as mere humans to presume that we can interfere in this well designed, honed over the centuries process. We can support, we can educate and empower. We can and should intervene when necessary to save lives. But we should never be tempted by the arrogance to presume that we know better. This is true for obstetricians and midwives both.

The vast majority of physicians become doctors because they want to help and heal. Obstetrics is a valuable and necessary specialty. Personally, I would not want to work in an area that does not have access to trained obstetricians and their life saving tools. However, the current maternity care system in this country is broken. We are the only industrialized country with growing rates of maternal mortality, outcomes for people of color are atrocious and the financial costs for this care are bankrupting our economy. So, the answer is to increase the medicalization and intervention? I think not. The answer is to take a step back and to look at the system with an objective lens. Clearly, we do not want to throw the baby out with the bath water. For example, access to safe cesarean is a blessing when truly needed and anti-hemorrhagic medications save lives. But this does not mean that all birth should be treated as a catastrophe waiting to happen either. We must find a path back to balance and this will require providers of all types and stripes to work together. This will require that we stop the blaming and finger pointing, the tearing down of each group and the assault on the rights of families. Here is a fact: Obstetrics and Midwifery are very different specialties, one is not necessarily better or worse than the other, they are just different. Can we all acknowledge that? Both are valuable and should be respected. Both should work together for the betterment of our shared goals; healthy and whole families.

Now, these were my reactions as a midwife. How did I feel as a woman? Degraded, insulted and dismissed. Once again, we must be saved from ourselves; from our dangerous wombs that are time bombs waiting to fail us and our silly babies who don’t know any better than to stay inside us waiting for that failure. This is one of the problems with the current mainstream maternity culture; it teaches those of us who birth babies that we are flawed, that we must surrender ourselves to be saved on the altar of the providers who ‘know better’ and who will rescue us. Our locus of control has been eroded away, obstetric violence is a major issue and this is yet one more example of the slippery slope that damages our souls, bodies and psyches. We must be vigilant, we must stand together and we must not be silent!